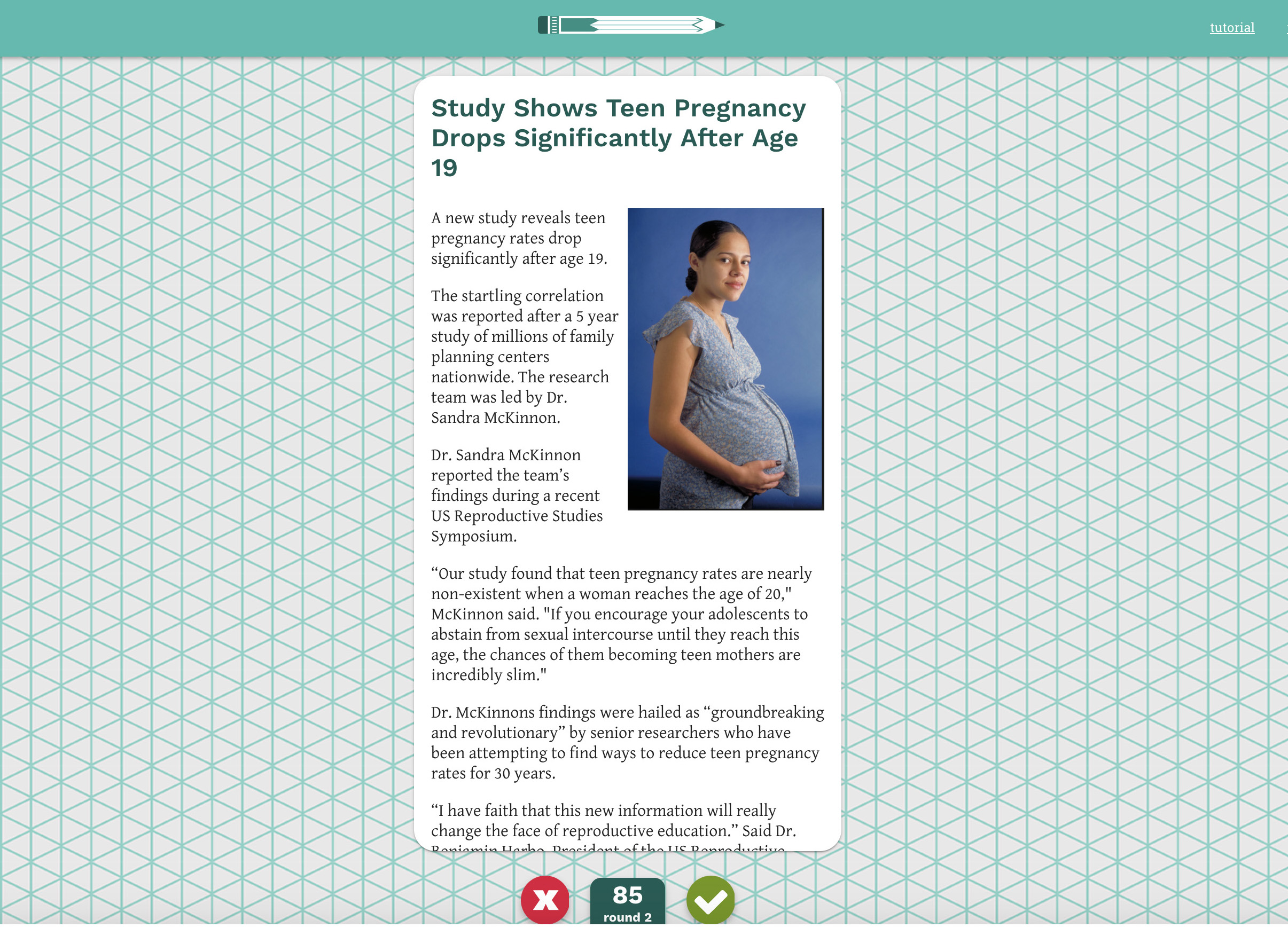 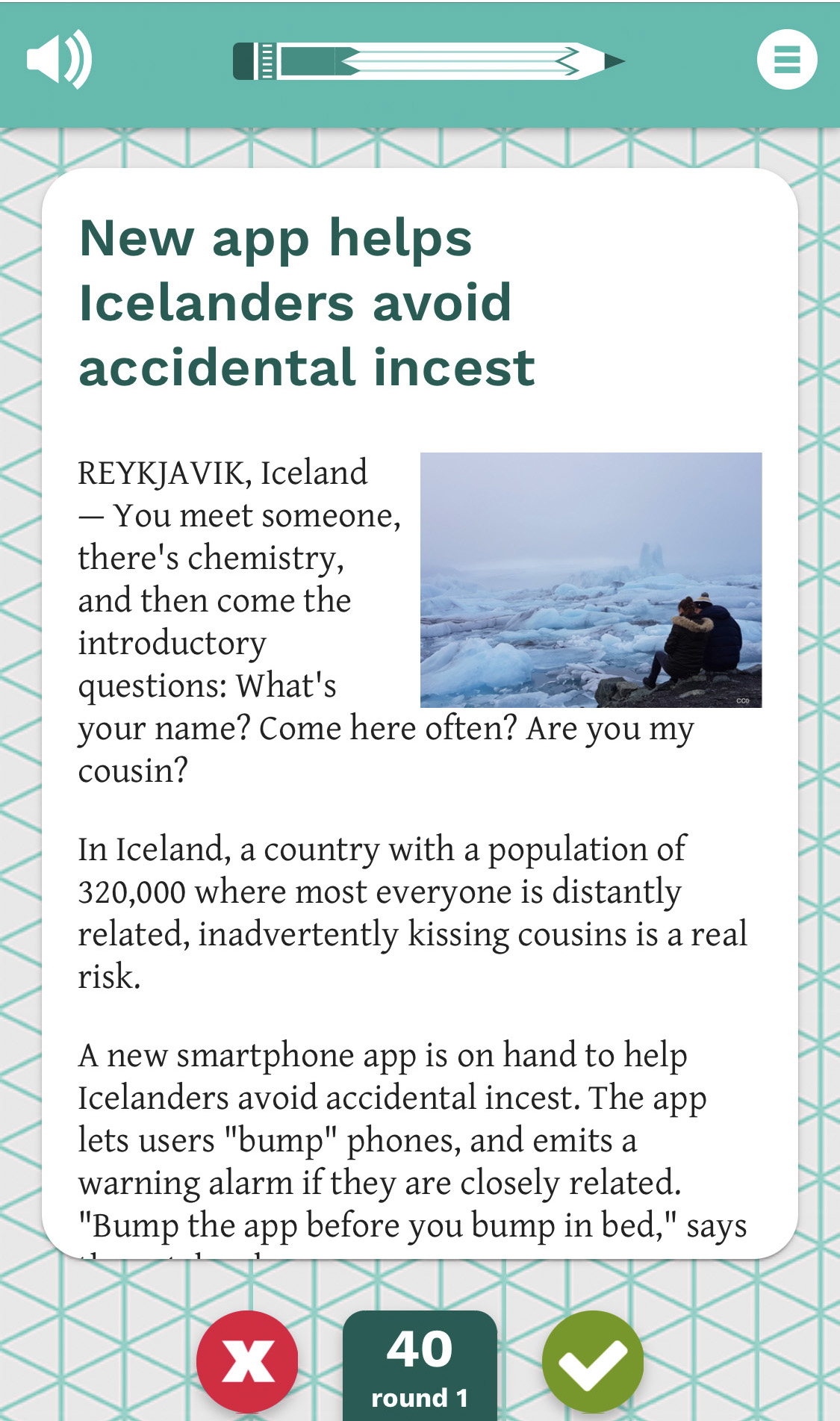 The game challenges its players to identify "fake news," defined as stories fabricated for fun, influence or profit, as well as satire, opinion and spin. The development of the game came during a time where this issue became prominent, which was around the time of the 2016 presidential campaign. Fake news are of the fictitiousness that we should learn how to identify and evaluate whether the sources we obtain information from nowadays is trustworthy or not. Universities are drawing more attention to teach media literacy, and Factitious is a great tool that would benefit all game players.